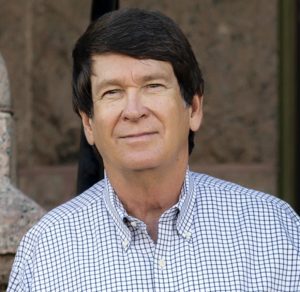 Mike Simpson has practiced law in Wise County since he graduated from Baylor Law School in 1977. Mike has attained jury verdicts that were noted in “Top 100 Jury Verdicts in the Nation” and Texas Lawyer’s “Top Ten Jury Verdicts of the Year” in 1995, 1996, 1998, 2005, 2006 and 2010. Voted a Texas Super Lawyer, a Thomson Reuters service, by his peers every year since its inception in 2003, Mike has been named as one of the 100 Top Trial Lawyers in the nation by National Trial Lawyers Association. Mike and his firm have been featured in statewide and national media. His cases have been noted in such publications as The Wall Street Journal, Texas Monthly, Texas Lawyer, Dallas Business, The Dallas Morning News, Fort Worth Star-Telegram, Houston Chronicle, National Law Journal and The Wise County Messenger. Mike has obtained one of the largest jury verdicts in an anti-trust case in the nation, as well as the largest trademark jury verdict in the nation.

Mike was named a Leon Jaworski Teaching Fellow for Baylor School of Law’s prestigious Practice Court Program. He is board certified by the Texas Board of Legal Specialization in Personal Injury Trial Law, as well as a Civil Trial Specialist by the National Board of Trial Advocacy.

Mike is a founding director and vice president of Feeding Wise Kids, a program providing food for low income children, on weekends. He and his family are members of The First United Methodist Church of Bridgeport.

Mike is a twin engine instrument pilot and is single pilot type rated in Citation Jets. He enjoys cattle ranching, fly fishing and hunting. Mike is married to Martine Simpson. They have three daughters: Michelle, Mackenzie, and Maryssa, who are all practicing trial lawyers in the state of Texas.

Get in Touch with Us